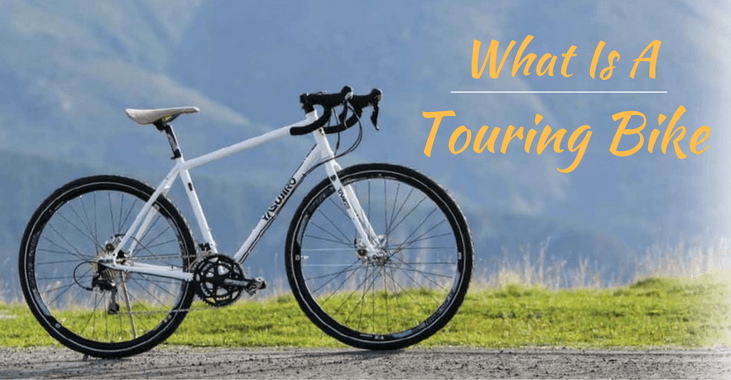 What Is A Touring Bike? And How To Choose

Do you have any plans on going to a grand cycle tour? If yes, were you able to pick which among the bicycles available are you going to use? To help you decide on choosing the best bike, it is a big help to understand what is a touring bike, and which attributes must be taken into consideration before going on a trip with it.

Touring bikes are not just the normal ones used in going to nearby places. Bikers invest too much on such bikes because these are usually used in long journeys and in very significant cycle tours. To know the basic properties that a bike must possess and to know if your bike fits your planned travel, here are the basic definitions and ideas on what is a touring bike.

What is a touring bike?

With all our long ﻿﻿﻿﻿cycle ﻿﻿﻿﻿﻿tours, we need a special bike which can make a follow through. According to the Bicycle Stack Exchange forum, touring bikes are those types that are specially made for long, multi-day excursions on the road. Usually, these bikes are heavier compared to the usual bike used in roaming around the cities and in other nearby places. Touring bikes have more other specific features which are built to bring us comfort as we go on a long travel-like having enough spaces for additional water bottles and other baggage.

There are many different types of touring bikes from which we can choose from depending on our need and on our personal preferences. Below are just eight out of numerous types of bikes which can accompany us in our long excursions on the road. To know which bike fits your personality, savor the definitions of the most basic touring bikes below:

Different Types of a Touring Bike:

The Long Distance Touring Bike, also known as the Traditional Touring Bike, is designed to adapt to all types of terrains. The frames are usually made up of steel to be able to handle heavy loads. The tubes are in larger diameter and also made up of steel, making it one of the heaviest touring bikes. The weight of the bike also matters especially if you plan to go to unstable road to increase stability. 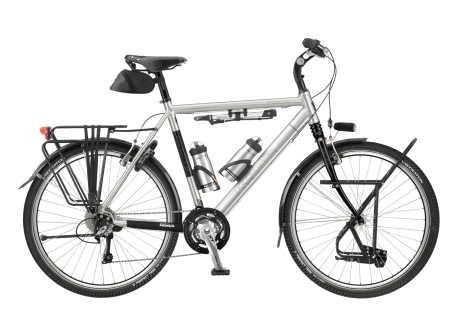 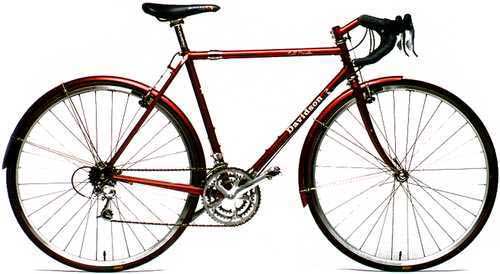 ​The most popular with European brand are the Trekking and Mountain Bikes. These are closely associated with hybrid bikes made for lighter loads. These types of bikes are made up of lighter materials such as aluminum frame, single rear rack, a suspension fork and the simplest gears. Trekking bike can be of the same speed as the light touring bike but are just designed in a more upright position than the previous. 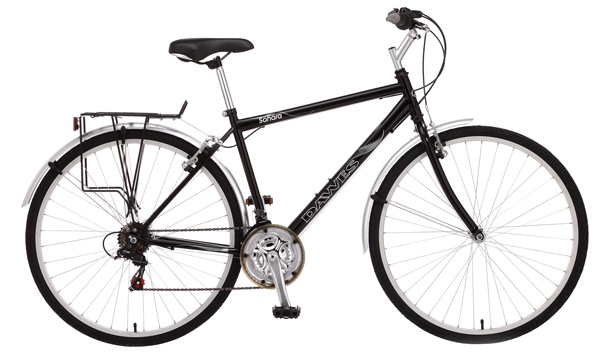 If you are going into rough terrain cycle tour, dual suspension touring bikes might work great with you. The bicycle rack is designed over the suspension, making your bike more able to adapt to uneven surfaces as you sprung with it. Therefore, there is a lesser possibility for you to fell off in case there is an unexpected sharp rock on the road because your bike gets your back. 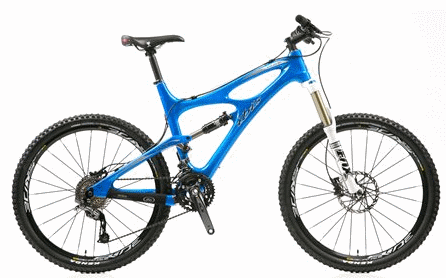 ​Going to long excursions with just a bike is a problem to many since there is no enough space to carry their cargo. It is really a good thing that Long Tail Cargo Touring bikes were invented, making you carry more cargo as you go on a cycle tour which might go for days. Usually, this type of touring bike is seen to carry paragliders, surfboards, camping tent, and even kids! 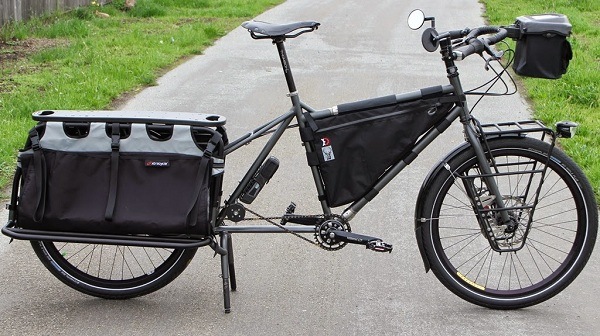 ​In climbing steeper slopes and rough terrains, we usually experience back pains and shoulder pains because we put our weights into it. In the presence of recumbent touring bikes in bike centers, it is now possible to experience no pain regardless of how hard the route is because your shoulders and back can now rest while driving your way up.

​While recumbent touring bikes are really cool because of the advantages it bring, it is suggested to still take care of the parts because it is difficult to look for spare parts of the said bike. Some would say that this type is disposable because of the unavailability of spare parts and gears. 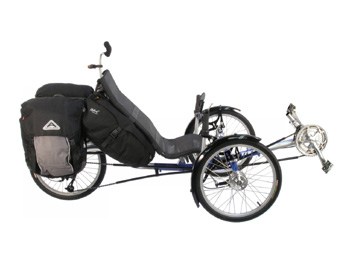 ​Do you feel like you need to skip a dangerous part of the track and instead use your friend’s pick-up car in going up? Considered as the most brilliant touring bike, folding touring bike is best because it is easy to keep and to store. Thus, this makes you able to hitch or to ride other vehicles in case a situation arises. 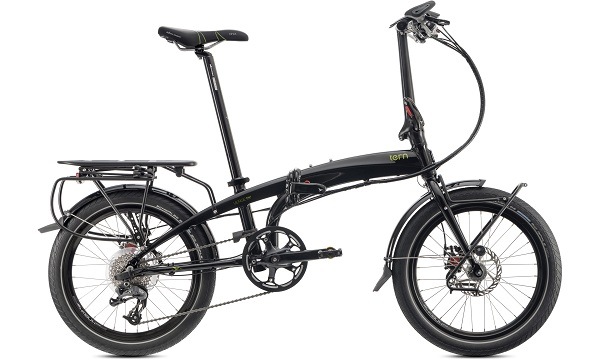 ​Do you want your kid, your partner, or your other friend to join you in your long cycle tour? Tandem Touring bikes are designed to allow you to invite a plus one in your planned trip. Also, since two are playing the pedal, tandem touring bikes can run faster because of double effort of making the gears move.

​Tandem Touring Bikes come in different types. There are tandem bikes that are crossbred with folding and recumbent touring bikes.

Things to Consider in Getting a Touring Bike:

You will be travelling long away from your home for days or weeks with just your bike so you need to establish a real rapport with it. Make sure that you have checked all the gears and the rest of the body of your bike before you leave your comfort place to make sure that everything is in place. If you will be carrying out some baggage, ensure that your bike has enough space. Always take into consideration your comfort. In case you feel something is wrong with the bike, stop and find time to check it up to avoid the common injuries in the road.

You may have a lot of things to carry to to be able to survive the long cycle tour, and so you need to reassure that your bike will still run stable despite the heavy luggage. Remember that stability is important and weight is the best counter element so make sure that you are on a stable mode before proceeding.

Do you trust the brand of your bike and the way it is built? It is important to know that your bike is durable because you will be using it to a long cycle tour. You will be going far from your home and you need assurance that your bike is capable of bringing you back home safely.

However, just an assurance, if you have spare parts at home, then have it brought anyway. That is so if ever a situation comes, you can easily deal with it.

You will be travelling and you have limited space for you luggage. Upon smartly packing up your things, you found out that there is definitely no room for a lot of tools. That is why, it is important to keep your bike as simple as possible so you will only have to do little errands with less complicated solutions.

You are itching to set your next long adventure and so you need to finalize which among the available bikes are you going to pick. Neil Gunton of Crazy Guy On A Bike identified 11 things that can be considered a checklist in getting or choosing the best touring bike for you:

It is important to pick the best bike for your trip to avoid any further inconveniences. The best touring bike cannot be dictated by anyone, except you, so you’d better check if it really fits your planned travel and your personal preferences before choosing it.

Do you have any more ideas on what is a touring bike and how to pick up the best one? Get no hesitations in sharing your insights below! Share this link too so others can pick their bike for their scheduled trip.

About the Author Nick Soros

Hi, I'm Nick Soros. I have been an cycling enthusiast from 2006. Ezroadbike.com is my personal blog where I share my pedaling experience. No matter you are a new cyclist or skillful one, you would find useful topics in my site. Have a great cycling...

How to Make a Homemade Bike Ramp

How Should Cycling Shoes Fit